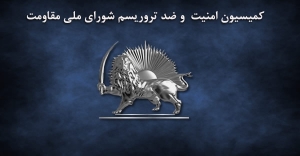 The Security and Anti-terrorism Committee of the National Council of Resistance of Iran (NCRI), in its communiqué on July 13, announced that the Iranian regime’s intelligence and embassy in Paris, sent hirelings Qorbanali Hossein-nejad and Mostafa Mohammadi to the NCRI Headquarters   in Auvers-sur-Oise to instigate a clash and pave the way for terrorist actions… the two were arrested and interrogated by the gendarmerie and expelled from the area. The hireling Qorbanali confessed in the presence of gendarmerie that the intelligence official at regime’s embassy by the name of “Hamid Ebadi” has ordered them, along with Jahangir Shadanlou (Iranian regime’s already disclosed agent) to commit this act. They were given the phone numbers 0033758030701 and 0033140697959 for their contacts.

The Security and Anti-terrorism Committee of the National Council of Resistance provides further details to our compatriots, especially the political refugees, on this incident that it has obtained from the regime from inside Iran:

The Security and Anti-terrorism Committee once again reminds of the machinations by the hirelings of the Iranian regime against Iranian refugees and urges the pertinent French authorities to expel the agents and spies of regime’s intelligence ministry from France who only disrupt the public order and the peace and tranquility of French citizens and the Iranian refugees.