Thousands gather in protest in Tehran 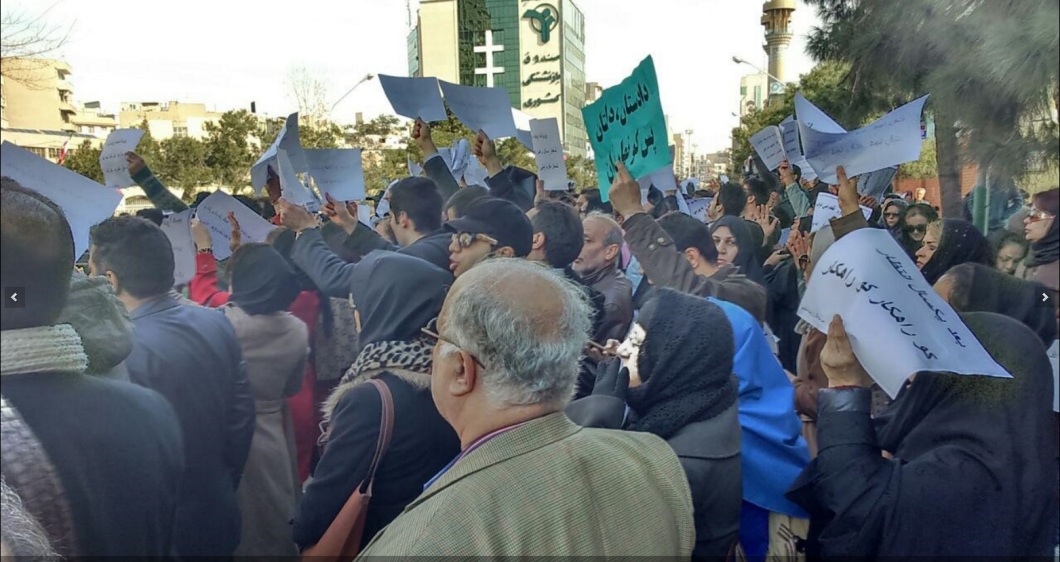 Monday morning, January 4, thousands of people from various cities, including Mashhad, Kerman and Karaj, whose assets had been plundered by the state institution “Padideh Shandiz”, gathered in front of the Interior Ministry in Tehran and demanded that their assets be returned to them. A number of noble merchants also joined in the protest. 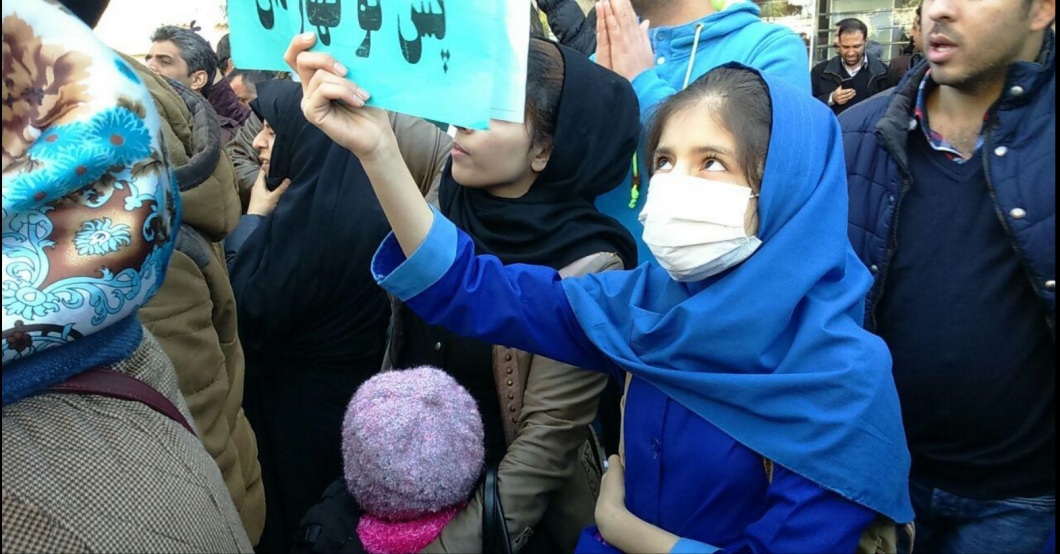 The Iranian regime stationed its suppressive forces, including State Security Forces and intelligence and plainclothes agents, to prevent the protest from taking shape. Nonetheless, this protest move continued for hours with the number of protestors increasing during the protest. Protestors chanted “Padideh shareholder won’t vote for anyone” to show their loath for the regime in its entirety and for the upcoming sham elections. Among other slogans were: “Today is a day of mourning, people’s lives are up in the air” and “Padideh shareholder has just heard lies”. Protestors were also holding placards that read, “This governor of Mashhad is a menace to people’s lives”.

Padideh Shandiz Institution is but one of dozens of financial institutions established by regime’s leaders to plunder the assets and the petty reserves of the people in various cities of Iran. In the past two weeks, in addition to Tehran and Mashhad, thousands of people in cities of Esfahan, Shiraz, Kerman, Yazd, Rasht and Karaj staged protests to show their rage and objection to these plunders and to demand the return of their assets.

The Iranian Resistance calls on the Iranian people, especially the youth, to express their solidarity and support for the protestors and their deprived families. It emphasizes that the sole solution to end the growing trend of crime and pillage by the religious fascism ruling Iran, is to topple this regime and to establish democracy in Iran.